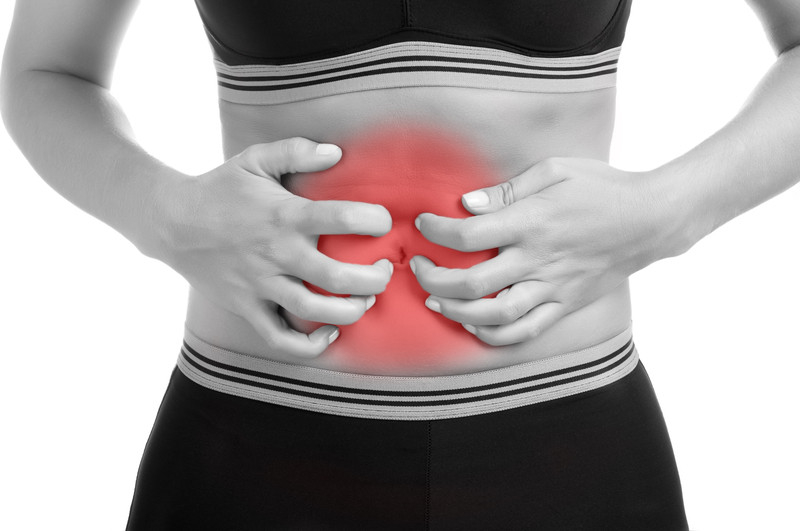 Reddit user /u/ProfessorChaos_ shares her story of her recent Crohn’s Disease diagnosis as an adult, and how it quietly effected her years beforehand:

Almost 2 years ago, I started feeling really intense abdominal pain. The pain was so intense that I was unable to walk without hunching over. The next day I went to urgent care and was lucky enough to see my primary care physician. After an examination and a few tests, she sent me to another clinic across town to get a CT scan. After several hours of pain and vomiting (the contrast they made me take for CT scan did not agree with me), she called with my results. They were inconclusive, but she said that they showed pretty bad inflammation in my bowels. She said that I needed to get to the ER immediately.

My then boyfriend (now husband) and I waited for over 5 hours in the ER. 5 hours. Eventually, my name was called and we went to my little bed. Nurses and doctors came in and out of the room asking me what was wrong. All I could say that I was in really bad pain and I had a CT scan earlier, my results should have been sent earlier. Eventually, I was admitted to the hospital. I had my own little room where I was poked with needles all night. I have a heart palpation, so they were also checking my vitals every hour. Doctors kept telling me that they thought I have Crohn’s Disease but I’d have to have a colonoscopy for sure. So at age 23, I had my first colonoscopy.

I stayed at the hospital for 5 days. By the 5th day, I was officially diagnosed. I had 6 medications, a new diet, an outrageous hospital bill, and Crohn’s disease.
According to my doctors, my inflammation indicates that I had been living with the disease for years before I was diagnosed. Most of my health issues can be traced back to Crohn’s Disease. It is often called the “invisible disease” and for good reason. I might look completely healthy but feel like I’m dying inside. CD also affects other parts of my body. I stopped getting a regular menstrual period for over 2 years because I was so anemic and my body decided to use my blood cells to fight off the disease. As my doctor put it, “having babies becomes a luxury”. I am tired, ALL OF THE TIME. Fatigue is probably one of my worst symptoms, apart from the almost constant need to go to the bathroom and the pain.

Crohn’s is quite the lifestyle to get used to. I’ve been on all sorts of medications, none now, thanks to insurance complications. I am a firm believer in the medicinal properties of marijuana. I have a wonderful GI doctor, an amazing support system, and am a part of an online support group (the Crohn’s subreddit has been my go-to through all of this). Everyone has been so wonderful and helpful. I couldn’t do this without you. Thanks for reading my wall of text! 🙂

Thanks again to /u/ProfessorChaos_ for sharing!

View all posts by heltzect